Vary the light intensity of an RGB LED with ESP32 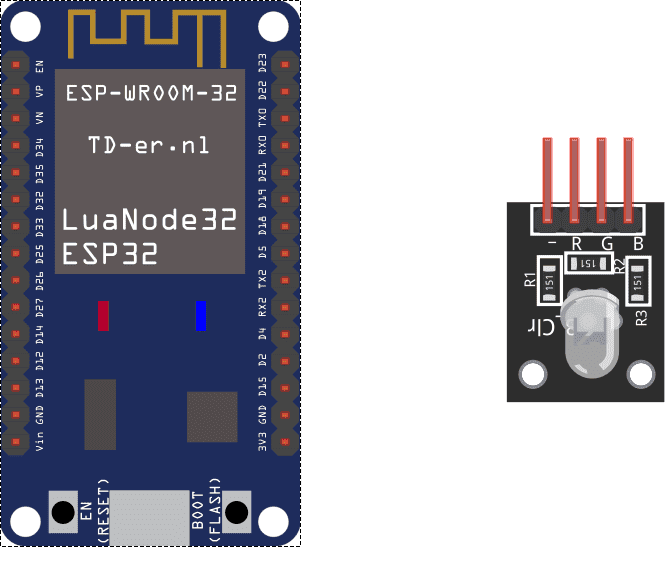 To vary the light intensity of an RGB LED using an ESP32, you would need to connect the RGB LED to the ESP32 and use PWM (Pulse Width Modulation) to control the intensity of each color.

In the case of an RGB LED, each color is controlled by a separate pin. To control the intensity of each color, you would need to use PWM on each of the three pins.

In this tutorial we will automatically vary the light intensity of an RGB LED module with the ESP32 card.

RGB LEDs can be controlled using a variety of methods, such as using a microcontroller to generate PWM signals on each of the color pins, or using specialized ICs (Integrated Circuits) that can control the color and intensity of the LED.

RGB LEDs are relatively easy to control and are widely used in DIY and hobby projects, including those that use microcontrollers such as the ESP32. They can be easily connected to the microcontroller and controlled by adjusting the PWM signals on each color pin.

It’s worth noting that RGB LED can also be addressed using a different technology called WS2812B which is a LED with a built-in controller and it only needs one pin to control it. This type of LED is often called NeoPixel or WS2812.