Control a servomotor using the buttons on the Micro:bit card 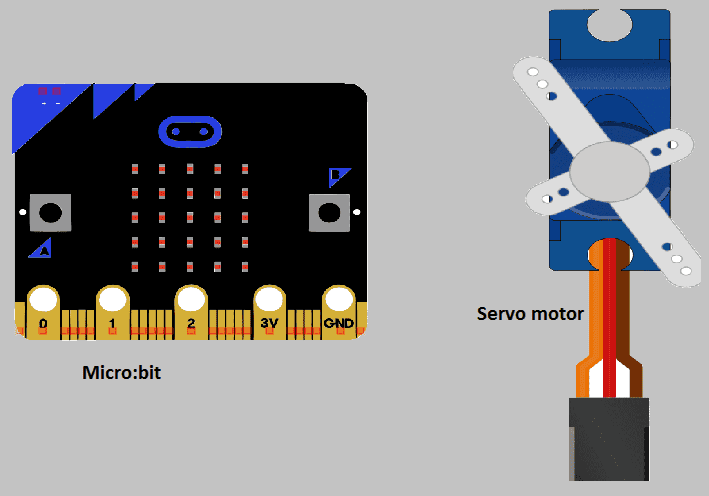 A servo motor is a type of rotary actuator that is used to control the position of a shaft or other mechanical component. It is a closed-loop control system that consists of a motor, a sensor (such as a potentiometer), and a control circuit.

Servo motors are commonly used in a wide range of applications, such as robotics, automation, and model aircraft, because of their ability to rotate to a specific position, hold that position, and rotate at different speeds. They come in different sizes and shapes, with different torque and speed specifications.

The connection is almost always the same and will be done using 3 wires, the main colors of which you may encounter:

Here is the makecode program which allows you to control a servomotor using the buttons on the micro: bit card. Note: You must go to Extensions to import the servo extension.