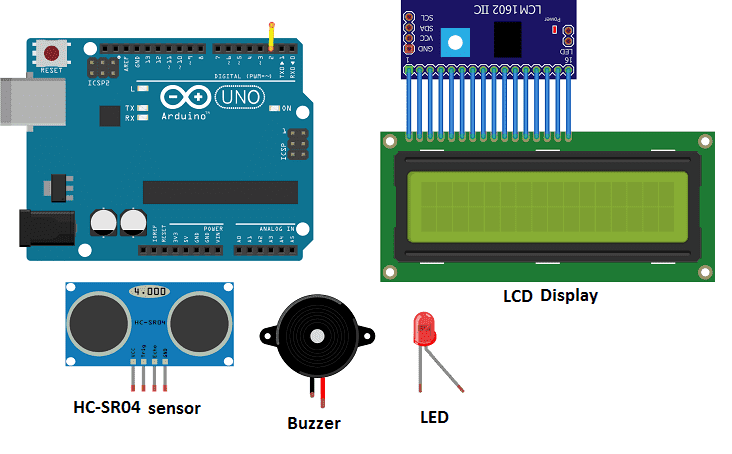 An obstacle detection system is a device or system that is designed to detect the presence of obstacles in a specific area. These systems can be used in a variety of applications, such as in vehicles to assist with driving, in robotics to help with navigation, and in industrial settings to protect workers and equipment. Common types of obstacle detection systems include radar, lidar, ultrasonic sensors, and cameras. These systems use different techniques to detect obstacles, such as measuring distance, using infrared radiation, or analyzing images.

An obstacle detection system with Arduino can be implemented using ultrasonic sensors. These sensors emit ultrasonic waves and measure the time it takes for the waves to bounce back to the sensor. By measuring the time and the speed of sound, the distance to the obstacle can be calculated. The Arduino can then be programmed to take actions based on the distance, such as stopping a robot or activating an alarm. Additionally, an infrared sensor can also be used for obstacle detection, which emits infrared light and detect the reflected beams. Both these sensors can be interfaced with arduino using it’s digital or analog pins and programming the arduino using C/C++ like arduino programming language.

In this project an obstacle detection system will be built with Arduino. This system mainly uses an ultrasound sensor, buzzer and LED.

When the ultrasonic sensor detects an obstacle at a distance < 3cm, the Arduino orders the buzzer to ring and the red LED to light up.

A buzzer is an electronic device that produces a sound when an alternating current is applied to it. It is used for a variety of purposes, such as in alarms, timers, and other devices that need to produce an audible signal.

Resistance is the measure of a material’s ability to oppose the flow of electric current. It is measured in units of ohms (Ω). The resistance of a material is determined by its composition and temperature, and can be affected by changes in temperature and the presence of impurities.

To make the assembly, we can connect :

For LED and buzzer:

or the LCD display:

The Obstacle Detection System program is as follows: