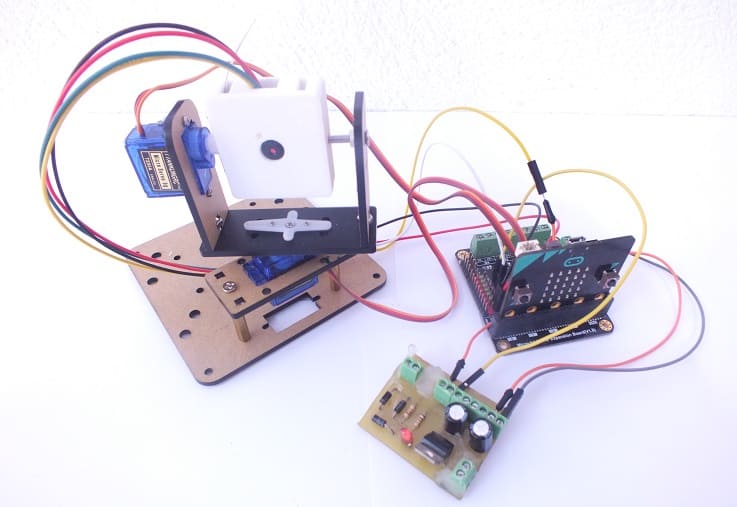 A camera platform in robotics refers to a mechanical system that is used to mount and control a camera on a robot. The camera platform allows the robot to move the camera in various directions, such as panning, tilting, and zooming. This allows the robot to capture images or video from different angles and distances, which is useful for tasks such as navigation, object recognition, and surveillance.

Camera platforms can be controlled by various means, such as servo motors, stepper motors, or linear actuators. Some camera platforms also include additional features such as image stabilization, auto-focus, and automatic exposure control.

A camera platform with a Micro:bit refers to a mechanical system that is used to mount and control a camera on a robot or a device, which is controlled by a Micro:bit. The Micro:bit is a small, programmable computer that can be used to control various devices, such as motors, sensors, and actuators. By connecting a camera platform to a Micro:bit, you can use the Micro:bit‘s inputs and outputs to control the movement of the camera and capture images or video.

The Yahboom Micro:bit camera platform is equipped with servo motors, which allows for pan and tilt control of the camera. It also has a built-in microphone, IR remote control, and a buzzer. The platform is designed to be easy to assemble and use, with detailed instructions provided.

The Yahboom Micro:bit camera platform can be programmed using the Micro:bit programming environment, which is based on the block-based programming language, and also support micropython. The platform can be used for various projects, such as surveillance systems, robotic photography, and robot navigation.

As long as you have the ability to drive two 5v servo motors and one WIFI camera serial port, you can use this camera platform.

It is a DIY product that supports a variety of expansion boards or DIY circuits extended by yourself.

We combine it with DF-Robot motor control board and Micro:bit board to control servo motors by MakeCode.

We can observe the video taken by the camera by the Android / iOS mobile app and control the camera to rotate up, down, left and right.

Operation of the camera platform with Micro:bit

For more details on this camera platform you can see this article: https://category.yahboom.net/products/micro-bit-camera-platform 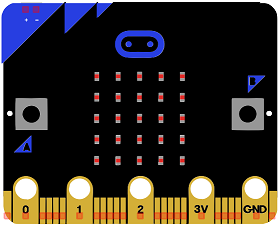 The micro:bit is a small, programmable computer developed by the BBC for use in computer education in the UK. It features a 5×5 LED matrix, two buttons, and various sensors, and can be programmed using a variety of languages, including MakeCode, Python, and JavaScript. The device is intended to be used in classroom settings to teach children the basics of programming and computer science, but it can also be used for a wide variety of other projects and experiments. 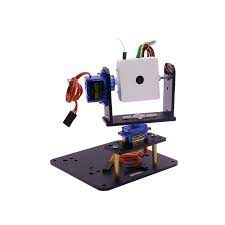 It is likely that Yahboom offers a camera platform that connects to wifi, allowing for remote control and streaming of the camera’s output. The specific features and capabilities of the Yahboom camera platform with wifi will depend on the model and the manufacturer.

A wifi camera platform would allow to connect the camera to a wifi network and control it remotely via a smartphone app or web interface. It would also enable live streaming and remote access to the captured images and videos.

for the first servomotor :

for the second servomotor :

Here is the program which allows to control the rotation of the camera platform by the Micro:bit card.

Here is the mobile application which allows the smartphone to connect to the camera by wifi and control the rotation of the camera platform.