Control the lighting of two LEDs using the Micro:bit buttons 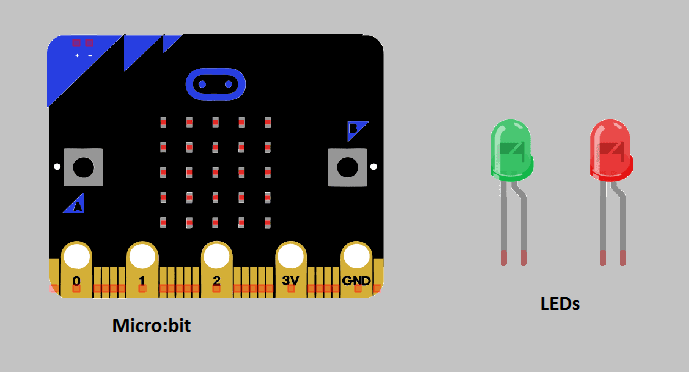 To control the lighting of two LEDs using the Micro:bit, you will need to connect the LEDs to the Micro:bit‘s I/O (input/output) pins. The Micro:bit has a total of 25 I/O pins, which can be used to connect various types of electronic devices, such as LEDs, sensors, and motors.

Here are the steps you can follow to control the lighting of two LEDs using the Micro:bit:

In this tutorial we will control the lighting of two LEDs (red and green) via the two buttons A and B of the micro: bit card:

1- When you press button A, the green LED turns on and the red LED turns off.

2- When you press button B, the red LED turns on and the green LED turns off.

To perform the assembly, you can connect the green LED to pin P0 and the red LED to pin P1 of the micro: bit card.

Here is the makecode program which allows you to light 2 LEDs: