Send a message from smartphone to Arduino 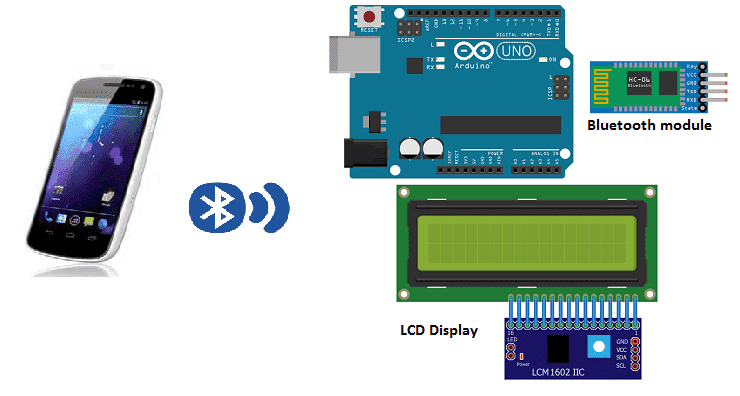 Here is an example of sending a message from a smartphone (running Android) to an Arduino via Bluetooth:

Please note that this is a basic example and additional coding may be required depending on the specific use case and hardware being used.

In this tutorial we will see how to send a message from the smarthpone to the Arduino board via bluetooth. The received message will be displayed in the I2C 160A LCD display

We will create two programs: a mobile application with App Inventor for the smartphone and a program for the Arduino board.

An LCD I2C 160A Display is a type of liquid crystal display (LCD) that uses the I2C communication protocol and is 160×128 pixels in resolution.

I2C (Inter-Integrated Circuit) is a communication protocol that allows multiple devices to communicate with a single controller using only two wires. It is a more efficient method of communication compared to using multiple wires for data and control.

For the assembly you can see this article:

Here is the program which allows you to connect the Arduino board to the smartphone and to receive messages by bluetooth.

The following is displayed on the LCD display:

We create a mobile application named ‘send_microbit’ with App Inventor which allows you to send a message from the smartphone to the Arduino board.

We propose to design the application, with the following visual: