Running a DC motor with Arduino in both directions

To run a DC motor in both directions using an Arduino and a motor driver, you would need the following components:

Alternatively, you can use an H-bridge circuit, which is a type of circuit that can be used to control the direction of a DC motor by reversing the polarity of the voltage applied to the motor. An H-bridge can be built using transistors, MOSFETs, or other electronic components.

It’s worth noting that, running a DC motor in both directions with an Arduino requires knowledge of electronics and programming and proper planning and design to ensure the circuit is safe to operate and the motor is not damaged. Additionally, the system would require regular maintenance and updates to ensure it continues to function correctly.

In this tutorial we will order a DC motor by the Arduino board in both directions:

A 5V DC motor is a type of electric motor that runs on 5 volts DC (direct current) power. It is a type of small and low-cost motor that is commonly used in small-scale and hobby projects, such as robot cars, drones, and other types of mobile devices.

The SN754410 is a quadruple half-H driver, which means it can control four motors and it uses four inputs to control the direction and speed of the motors. The IC has two input pins for controlling the direction of each motor and two input pins for controlling the speed of each motor. The IC also includes protection diodes to protect the IC from voltage spikes generated by the motor. 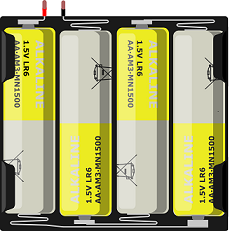 Here is the program that allows to control a DC motor by the Arduino.