Construction of a remote control car with Arduino 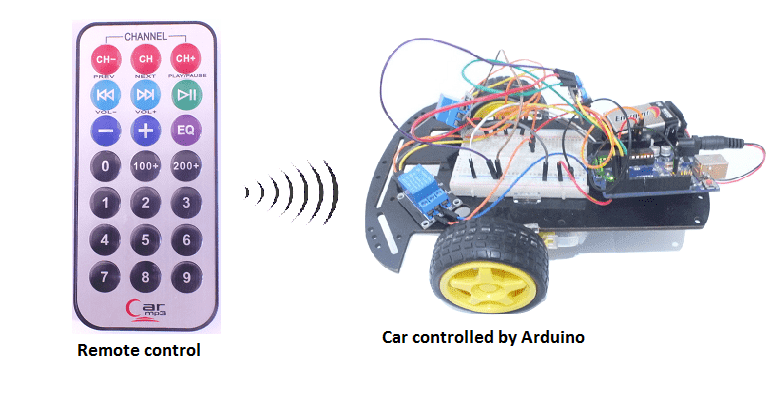 A robot car is a type of robot that is designed to move on wheels or tracks, like a vehicle. It is typically controlled by a microcontroller, such as an Arduino or a Raspberry Pi, and can be programmed to move, sense its environment, and perform various tasks.

A robot car can be built using a variety of different components and technologies, depending on the specific application and design. The basic components of a robot car include a chassis, wheels or tracks, a microcontroller, and some type of power source such as batteries. Additional components may include sensors, such as ultrasonic sensors, infrared sensors, or cameras, to sense the environment, and actuators, such as motors, to control the movement of the robot.

There are different types of robot cars, some are controlled by a remote control, others have the ability to navigate autonomously using sensors and algorithms. Autonomous robot cars can be programmed to follow a pre-defined path, avoid obstacles, or even perform tasks such as mapping and exploration.

Building a robot car can be a fun and educational project, and it can be a good way to learn about robotics, electronics, and programming. However, it is important to note that building a robot car can be a challenging and time-consuming process that requires knowledge and experience in electronics, programming, and mechanics. Additionally, it’s important to ensure that the robot car is safe to operate, and it should be tested thoroughly before using it.

Presentation of a remote control car with Arduino

A remote control car with Arduino is a type of robot car that is controlled by an Arduino microcontroller and a remote control device. The Arduino receives signals from the remote control and uses them to control the movement of the car.

To build a remote control car with Arduino, you would need the following components:

The Arduino would be programmed to receive the signals from the remote control receiver, and based on the received signals, it would control the movement of the motors by sending signals to the motor driver. The remote control can be any device that can send signals such as infrared or radio frequency.

To control the car, the remote control will have buttons to move the car forward, backward, left and right. The Arduino program will be responsible for interpreting the signals sent by the remote control and translate them into actions on the car’s motors.

It’s worth noting that, building a remote control car with Arduino requires knowledge of electronics, programming and mechanics, as well as proper planning and design to ensure the car is safe to operate. Additionally, the system would require regular maintenance and updates to ensure it continues to function correctly.

In this project we will build a remotely controlled car (by infrared) controllable by the Arduino board.

The user will be able to drive the car by a remote control in three directions (forward, right and left) and stop it.

A relay is an electrically operated switch that can be used to control the flow of electricity to a motor or other device. A relay is typically used in situations where a low-voltage control circuit needs to switch a higher-voltage power circuit.

The relay can be controlled by an Arduino or other microcontroller, by sending a signal to the relay‘s input. This can be done by connecting the relay to an output pin of the Arduino and writing a program to control the state of the pin.

A remote control typically includes a set of buttons or a keypad that can be used to send control signals to the device or system. These buttons or keypad are usually labeled with the functions they control, such as power, volume, channel, or movement. Remote controls can also include additional features such as a display, a microphone, or an accelerometer.

The KY-032 is an infrared obstacle sensor module that is used to detect obstacles in front of a robot or other device. While it is primarily used for obstacle detection, it cannot be used for remote control directly. Remote control refers to the ability to control the movement and actions of a device or system wirelessly using a remote control or a smartphone.

The robot car’s microcontroller, such as an Arduino, would be programmed to receive and interpret these control signals and then control the movement of the car’s motors and other actions based on the received control signals. The KY-032 obstacle sensor module would be used to detect obstacles in front of the robot car and send a signal to the microcontroller to take appropriate actions, such as stopping or avoiding the obstacle.

It’s worth noting that, while the KY-032 obstacle sensor module is not used directly for remote control, it can be used in conjunction with other components to create a remote controlled robot car. Additionally, it’s important to ensure the robot car is safe and reliable and the wireless communication is secure to prevent unauthorized access. 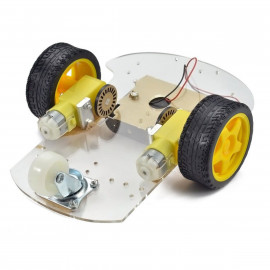 Construction of the car

Assembly of the car with Arduino

Here is the program for the Arduino connected to the car: