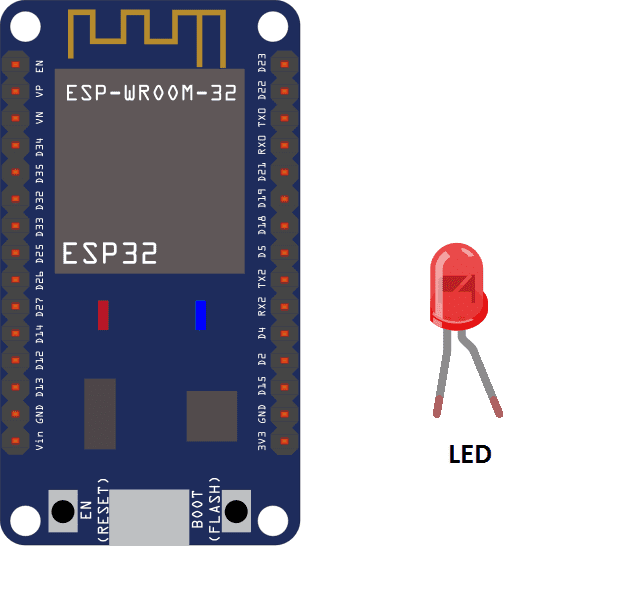 The ESP32 is a microcontroller with built-in Wi-Fi and Bluetooth capabilities. It can be programmed using the Arduino IDE or other programming languages such as MicroPython or Espressif’s ESP-IDF.

An LED (light-emitting diode) is a semiconductor device that emits light when an electric current is passed through it. They are commonly used as indicator lights in electronic devices.

To make an LED flash using an ESP32, you can use a digital output pin to control the state of the LED, and use the delay function to create a pause between the on and off state of the LED.

The objective of this tutorial is to flash an LED by the ESP32 board: to turn the LED on and off alternately at 1 second intervals.

A resistor is an electronic component that resists the flow of electrical current. It is used to control the amount of current flowing in a circuit and to adjust the voltage levels in a circuit. Resistors are made of a variety of materials, such as carbon, metal, and metal oxide, and come in a wide range of shapes, sizes, and types.

As for the assembly, it is easy to connect LEDs to the ESP32 board: