Vary the light intensity of an RGB LED module with Arduino 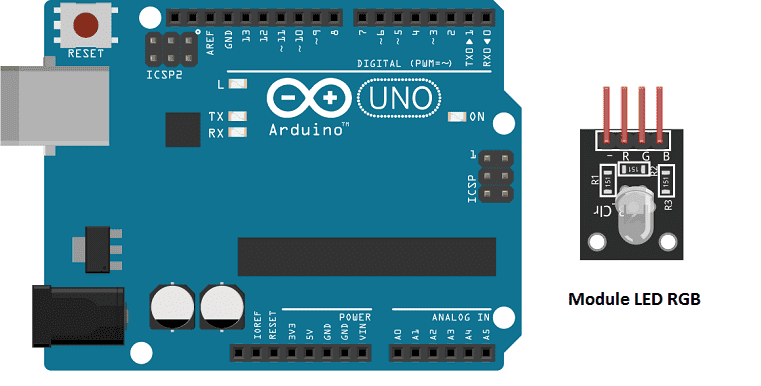 In this tutorial we will automatically vary the light intensity of an RGB LED module with the Arduino.

An RGB LED module is a type of LED module that contains multiple light-emitting diodes (LEDs) of the colors red, green, and blue. These LEDs can be individually controlled to produce a wide range of colors by adjusting the intensity of each color. This allows for a wide range of visual effects and color options in electronic devices such as lighting fixtures, gaming peripherals, and displays. These RGB LED modules are controlled by microcontroller or driver IC and can be used in various projects like mood light, RGB LED strip lights, etc. These are widely used in various industry, home decoration and DIY projects

Here is the program that automatically varies the light intensity of an RGB LED with the Arduino.