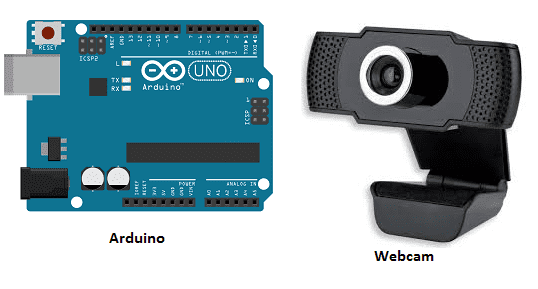 Detection and tracking of a moving object using a camera can be achieved through the use of computer vision techniques. One common method is to use background subtraction to detect moving objects in a video feed. This involves comparing each frame of the video to a background model, which is typically constructed using a statistical model or a set of sample frames captured when no objects are moving. Moving objects are then identified as regions in the frame that have a significant difference from the background model.

Once moving objects have been detected, they can be tracked using a variety of algorithms, such as the Kalman filter or the Camshift algorithm. These algorithms use the position and motion information from previous frames to predict the position of the object in the current frame, and then use image processing techniques to refine the prediction.

Another approach is to use deep learning based object detection models such as YOLO, SSD, or RetinaNet, which can detect and track objects in real-time. These models are trained on large datasets of labeled images and can be fine-tuned to detect specific objects of interest.

Overall, detection and tracking of a moving object using a camera is a complex task that involves a combination of image processing, computer vision and deep learning techniques.

Once the moving object has been detected and tracked, the Arduino can use this information to control other devices connected to it, such as motors or LEDs. For example, the Arduino can control a servo motor to track the movement of the object or turn on an LED when the object is in a specific location.

In this project, we are implementing what is called motion detection: that is, we focus on a particular object and we follow its movement by a webcam.

We have created a system to broadcast the images from the webcam to the computer, so we can do post-processing there to detect the object in real time and order the Arduino board to aim the camera at the object detected at the time. using a servomotor.