Realization of an automatic parking barrier with Micro:bit

An automatic parking barrier is a type of barrier gate that is used to control access to a parking lot or other restricted area. These barriers are typically operated by a remote control or an electronic card reader, and can be programmed to open and close at specific times or in response to certain events. Some automatic parking barriers also have sensors that can detect the presence of a vehicle and open the barrier automatically, without the need for the driver to stop and use a remote control or card. They are commonly used in parking garages, private driveways, and other areas where access needs to be limited to authorized vehicles.

An automatic parking barrier controlled by a Micro:bit would use the Micro:bit microcontroller board to control the servo motors that operate the barrier. The Micro:bit can be programmed to open and close the barrier at specific times, or in response to certain inputs, such as a button press or a signal from a sensor. For example, the Micro:bit could be programmed to open the barrier automatically when a vehicle is detected by HC-S04 sensor, or when an electronic card is presented to a card reader. It is possible to use Micro:bit with Maqueen robot to control the barrier, by programming the Micro:bit to receive commands from the robot and control the motors of the barrier accordingly. This would enable the barrier to open or close when the robot reaches a certain point, or when it receives a specific command. It is important to note that building a functional automatic parking barrier requires knowledge on mechanical and electrical engineering, and programming.

In this project we will simulate an automated parking barrier with Micro:bit.

This model resumes the general operation of automated systems that allow access to public parks that can be found in stations, airports, cinemas, supermarkets, etc.

Our barrier opens with a servo motor when the HC-sound sensorSR04 detects a vehicle and closes automatically if not.

The HC-SR04 is a type of ultrasonic sensor that can be used to detect the presence of objects or measure distance. These sensors work by emitting a high-frequency sound wave and measuring the time it takes for the wave to bounce back after hitting an object. The HC-SR04 sensor can be used in an automatic parking barrier to detect the presence of a vehicle and trigger the barrier to open or close.

A servo motor is a type of electric motor that can rotate to a specific position, making it well-suited for applications where precise control is needed.

An RGB LED module can be used in an automatic parking barrier to provide visual feedback to the user. An RGB LED module is made up of multiple light-emitting diodes (LEDs) that can produce different colors by varying the intensity of the red, green, and blue elements.

Arm barrier in the form of a pen 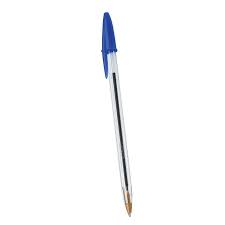 To complete the mounting, you can connect

For the first HC-SR04 sensor:

For the second HC-SR04 sensor:

For the motor servo:

Here is the Makecode program for the automated parking system: