Order the Micro:bit board by joystick 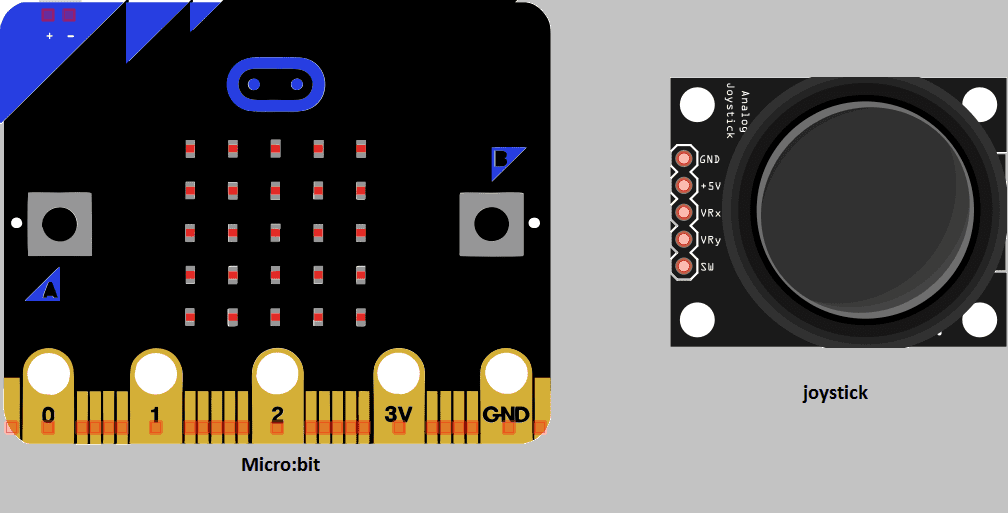 In this tutorial we will see how to display an arrow on micro:bit whose orientation depends on the direction of the joystick controller:

A joystick is a type of input device that typically consists of a stick or handle that can be moved in different directions. The movement of the joystick is often converted into electrical signals that can be interpreted by a computer or microcontroller, such as a Micro:bit.

There are several types of joysticks available, each with their own set of features and capabilities. Some common types include:

Joysticks are commonly used in video game controllers, remote control devices, and other applications where precise control is needed. They can be used in a combination of other sensors to control a robot or other devices.

To perform the assembly we connect: