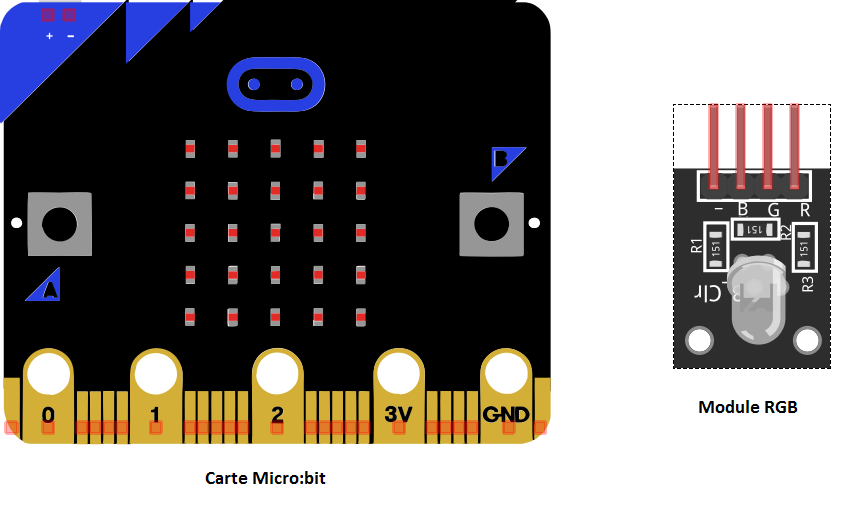 In this tutorial we will control the switching on of an RGB LED module via the two buttons A and B of the micro: bit card:

1- When button A is pressed, the LED lights up in red.

2- When button B is pressed, the LED lights up green.

3- When pressing the 2 buttons A and B at the same time, the LED lights up in Blue.

An RGB LED module is a compact package that contains one or more RGB LEDs. The module may include additional components such as a controller or driver circuit to allow for easy control of the LED’s color and brightness. These modules are commonly used in a variety of applications such as lighting fixtures, displays, and other electronic devices. They can be controlled by a microcontroller or other electronic device to create different color effects and animations. Some RGB LED modules also have a IR receiver, which allows them to be controlled by a remote control.

Here is the makecode program which allows you to control the switching on of RGB LED with the Micro:bit buttons.