Description of the game SpaceWar :

Shooting games are based on an environment in which a main character gets points for hitting another character or a set of characters. This genre is often quite difficult and can test the player’s speed and reaction time. Often the player-character, if they survive obstacles, do not lose a life and claim a certain score, they can then advance to another level or another mission.

We are going to program a shooting game with the Scratch software in which we are a ship in space which must destroy meteorites. The longer you hold on, the more points you earn. 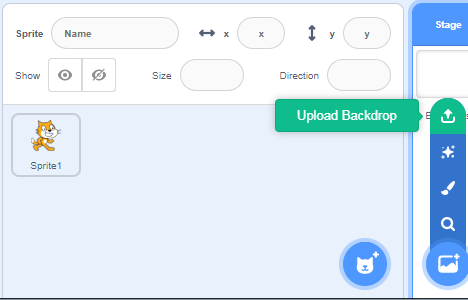 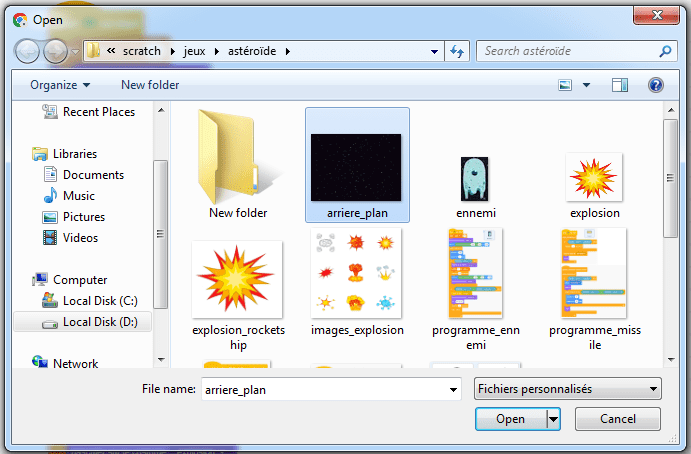 3) We obtain the background containing the image of space. 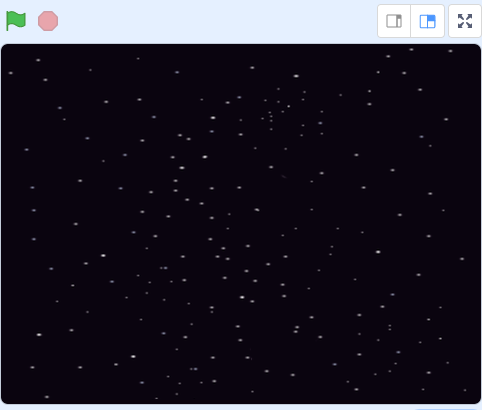 The library gathers all the sprites created by Scratch. 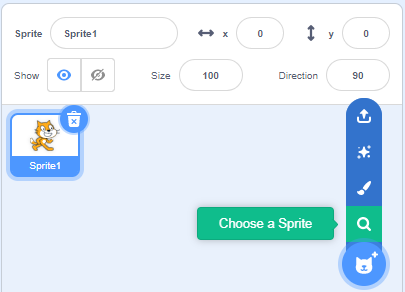 2) Clicking the “Import Sprite” button should take you to the Sprite menu, a library of different sprites you can use in the program. 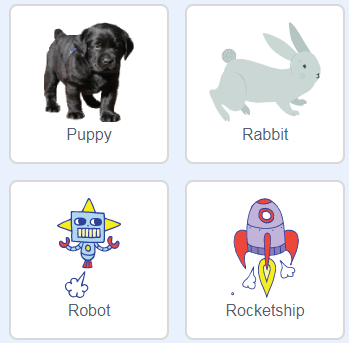 3) Click on the Rocketship sprite and the Scratch will create it as a new sprite in your game.

4) Insert these program blocks in the code area of ​​the cannon sprite which allows the racket to be directed to the left or to the right using the two arrows (right and left) on the keyboard. 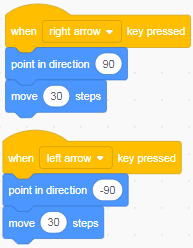 Here is the final program for the Rocketship sprite: 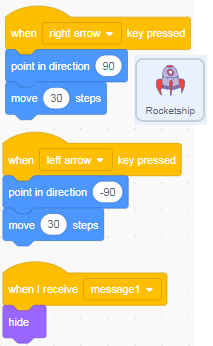 The missile sprite is launched by the Rocketship sprite to destroy the meteorite (enemy sprite).

1) Go to the new sprites section and select the paint icon. 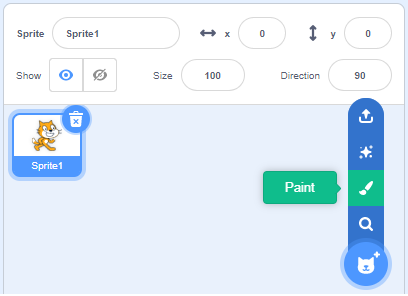 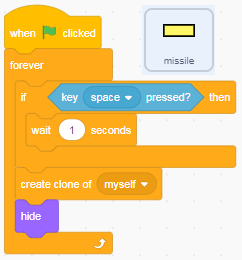 – Position the missile clones on the Rocketship

– We display the clones of the missile sprite on the stage

Here is the second program part of the missile sprite which allows you to fire the Rocketship missile towards the enemies.

The enemy sprite is going to feature two costumes:

1) Go to Upload Sprite to add the image of the enemy. 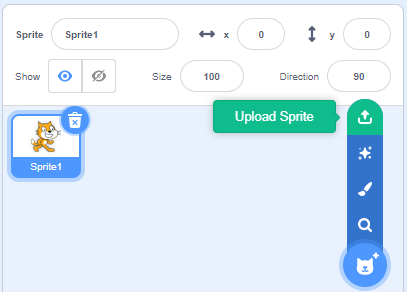 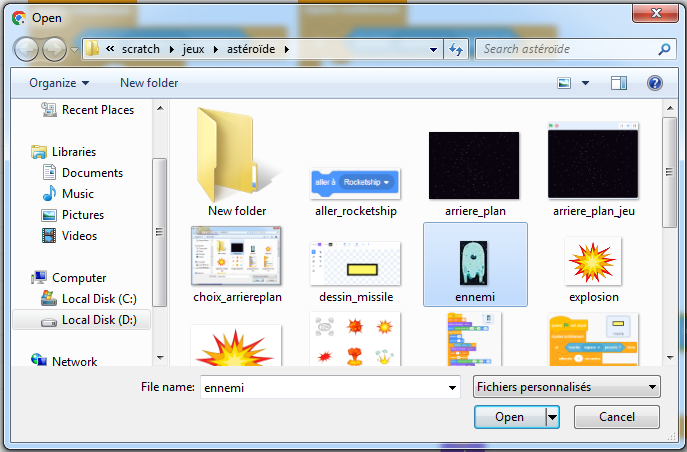 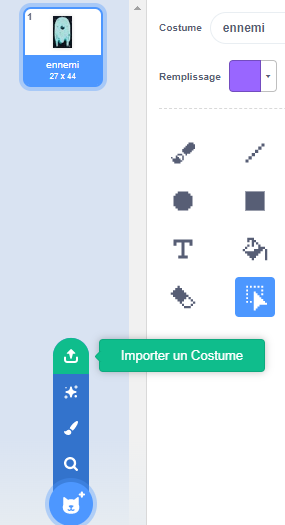 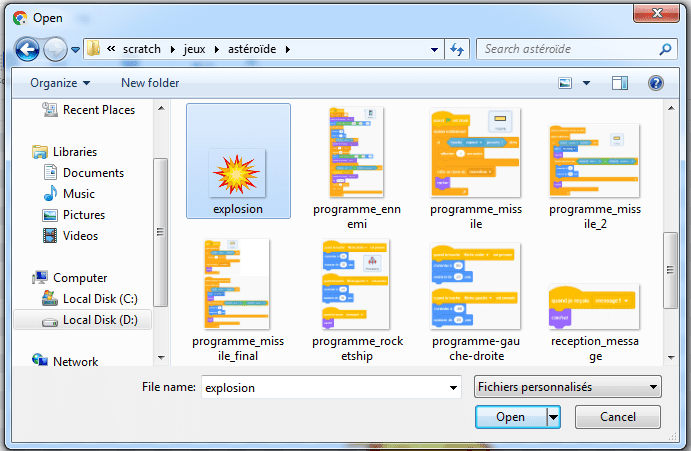 We get an enemy sprite with two costumes, one of which represents an explosion. 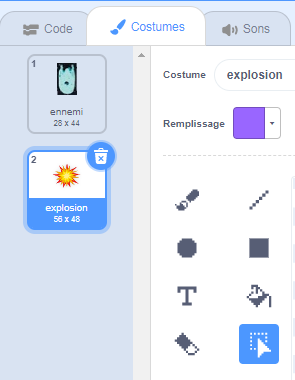 If the enemy sprite touches the ‘Rocketship’ spaceship or the edge of the stage, the game is over.

– On board, we must create the variable score. 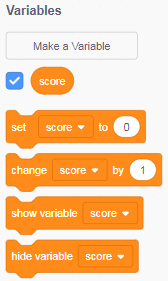 The set score to 0 block is executed when the green flag is clicked.

– Then we switch the enemy sprite to the enemy costume.

– Then, we randomly position the enemy sprite.

– The rest of the program is inserted into the repeat forever block:

– We move the enemy sprite from top to bottom:

– If the enemy sprite is hit by the missile:

We switch the enemy sprite to the explosion costume.

we increment the score variable by 1

the enemy sprite is repositioned randomly.

we switch the enemy sprite to the first costume to restart the game.

– If the enemy sprite hits the Rocketship or the edge of the stage:

we send a message to the Rocketship sprite:

we switch the enemy sprite to the explosion costume.

the message ‘Game Over’ is displayed on the stage

We stop all the scripts to finish the game

Here is the final program for the enemy sprite: 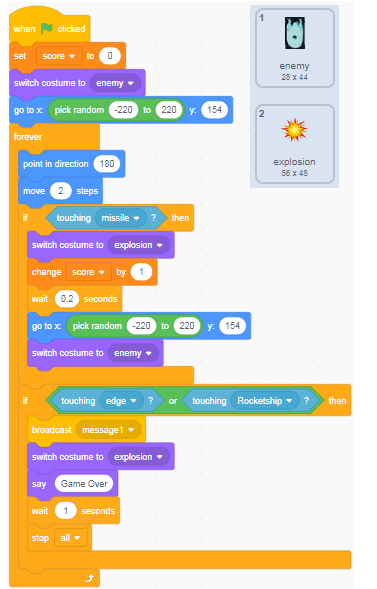 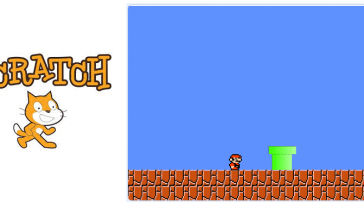 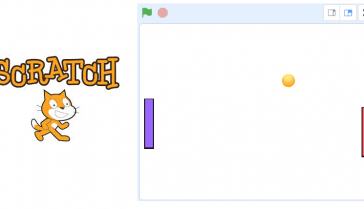 What is a Micro:bit card?